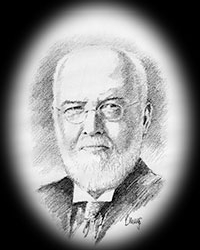 William Southam began work as a delivery boy for the London Free Press. He worked as an apprentice printer at the paper for five years and by 1867 was part owner. In 1877 he took a chance and bought the foundering Hamilton Spectator. In the months following, he transformed it and the Spectator became the flagship of a publishing empire. In 1897 he began acquiring other newspapers, such as the Ottawa Citizen, the Calgary Herald, the Edmonton Journal, the Winnipeg Tribune, and the Vancouver Province. Southam Inc. was created in 1904 and is now one of the oldest and largest cross media group owners in Canada. William Southam’s company is Canada’s largest newspaper chain and also has holdings in broadcasting and bookstores. William Southam began as a typical nineteenth century printer and in his own lifetime saw the creation of a modern newspaper chain bearing his name.