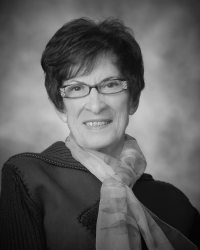 She’s an internationally decorated, multi-sport athlete and a highly regarded advocate with more than 50 years in the public eye, bringing honour to Hamilton and to Canada through her achievements and devotion to service.  Hilda May Binns contracted polio as a nine-year-old girl and lost the use of her legs.  Her mother, eager to foster her strength and independence, discouraged Binns from using a wheelchair when she returned from hospital to their North End home, causing her to learn to use her arms to pull and push her body through her daily life. With determination, skill and work, Binns developed impressive upper-body strength, propelling her to become a Paralympian and a beacon for others facing disabilities.  A competitor in track and field, swimming and other athletics, Binns won Canada’s first ever Paralympic gold medal in Tel Aviv in 1968 and went on to become one of the most decorated athletes in history, amassing an amazing 58 medals in four years, including six Paralympic medals, 18 Para-Pan American Games medals and 34 Canadian championships.  She went on to become an inspirational speaker to schoolchildren and others, famously telling them, “Everyone has a disability. It’s your ability to deal with it that gets you through.” A founding member of the Steel City Wheelers and the Ontario Wheelchair Sports Association, Binns has also applied her powerful life lessons to helping incarcerated women prepare to integrate with society after their release. Her accomplishments have been commemorated in the book For the Record: Canada’s Greatest Women Athletes and on the front page of The Hamilton Spectator. Now, Binns is taking her rightful place in Hamilton’s Gallery of Distinction.