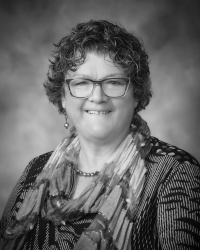 Dr. Jean Clinton’s reputation as a champion for children extends across Canada and beyond, and it is the children of Hamilton who have benefited most directly from her intellect, devotion and tireless work.  Dr. Clinton is a Professor of Psychiatry and Behavioural Neurosciences in the Division of Child Psychiatry at McMaster University, and is on staff at the McMaster Children’s Hospital. She is also an associate at the University of Toronto and Toronto’s Hospital for Sick Children and a senior scientist at the Infant Child Health Laboratory at McMaster University.  For more than 30 years, she has been a valued consultant to early-years and child-care programs in Hamilton and is actively involved in many initiatives, projects, presentations, committees and boards here at home.  Her experience and success led the Ontario government to make her an education advisor to the province. Dr. Clinton was among the first to recognize and promote the important link between children’s emotional and cognitive development, and she continues to encourage adults to connect positively with children, rather than simply “directing and correcting” them. Her work to improve the well-being of children has led to enhanced and increased services and better-informed practices in early child development.  A proud graduate of McMaster University, Dr. Clinton has received its Alumni Community Impact Award, among many honours that also include the Hamilton YMCA Woman of Distinction Award and the national Naomi Rae Grant Award for commitment to early child development.  Dr. Jean Clinton’s work continues to benefit children everywhere, and it is clear she has earned a place of honour in Hamilton’s Gallery of Distinction.